Release day is today! I’m happy to say this book is out, and available on KU.

This is a paranormal m/m romance, and as the title suggests, the main characters are a raven & a selkie. I admit I made up the “raven” creature from various mythologies. In my story, I have Grigori (the raven) being a child of a Harpy. The Harpy legends vary a bit, so I took some artistic license in my creature-creation here. Grigori can jump/leap very high and far, but he can’t actually fly. He likes to gather information, and he’s a bit of a control freak. His Selkie, Murdoch, is much more chill.

I also play around with the idea of “fated mates” in this story. I LOVE the trope of soul mates/fated mates in paranormal romance, and I really like exploring different iterations of it. In this story, the mate-bond hits these boys hard, and it takes them a while to adjust. I hope you will enjoy their journey to happy-ever-after!

I am planning (and currently drafting) a second book in this world. It will be Drew’s story (he’s a wolf shifter) and he too will be blindsided by a fated-mate bond. Yum! However, both stories will be stand-alone, no cliffhangers I promise! I hate those 🙂

As always, I’d love to hear your thoughts! Do you like the fated mates trope? What other romance tropes are your favorites? (I also really enjoy a good “enemies to lovers” story) Do you like new or unusual paranormal creatures, or do you prefer to stick to the more classic vampires & shifters? Leave me a comment and let me know 🙂

I also wrote & published another AC Bishop erotica title, because apparently erotica inspires me to write more 🙂 It’s called Paddling the Prince, and it’s just what it sounds like. Very mild spanking, set in a fantasy AU, with a very sappy romance. Available on kindle unlimited, HERE.

I’m also working on a new story, which will be m/m romance. It’s paranormal, and looking like it will be a series. We will see how that goes!

I’ve been out of this so long, I’ve had to re-learn how to do all this posting and publishing stuff. Where are my passwords? Where did I put all my cover art? What am I even doing??? LOL I’ll get the hang of it again, I hope.

If anyone is reading this, thank you. Hope you are well and hope your day is great! 🙂

My m/m contemporary More Than Love is live!

I hope people like this story. It’s not very action packed or dramatic: it’s a quiet story of love. I know that is not as popular as other styles, but I hope maybe some people will enjoy it anyway.

The two main characters are Dan and Ian. Dan is the point-of-view character the whole time, he’s a cop in his late 30’s who is longing for a relationship. Ian is a guy he dated in college and never forgot, and this is the story of their second chance at love.

If you are looking for a gentle love story with a happy ending, give it a try!

• Found out about this awesome person: The first female US soldier, Deborah Sampson. She lived as a man for 23 years (!) and was honorably discharged (in 1783) and she was awarded a pension, which her surviving husband was allowed to continue to collect after her death! It’s not clear if she was a gender-fluid or trans individual (has been claimed by some) or if she simply was a woman with a strong sense of patriotism, but either way she was a badass. She removed a bullet from her own thigh in order to avoid revealing her sex to military physicians! And after she left service she married and had three kids!

• People in the US as recently as February 2015 (yes this year) have been arrested under anti-sodomy laws, even though those laws were deemed unconstitutional… in 2003. Amazingly, those Revolutionary-era American sodomy laws were on the books until the 1960s (!!) when they were mostly removed. But some US states held onto sodomy as a crime, even until 2003! As of 2014, a dozen US states still had unconstitutional anti-sodomy laws on the books.

• A total of 15 men were executed for sodomy in America (during the almost 250 years when the death penalty was applied to that crime.) Sodomy was rarely prosecuted in the American colonies, despite the law, and all 13 colonies removed the death penalty for sodomy directly after winning independence. (*an interesting note: while today we think of sodomy as homosexual behavior, back in the 1700’s it was a much broader thing. Many of the convictions for sodomy were actually bestiality charges. Another weird fact: when this happened, the animals involved would be killed and disposed of without any use made of them! lol As if the poor animals had been tainted somehow by the contact. Very sad/strange.)

• There was a ship in the British Navy that was full of gay lovers!! 4 sailors on The Africaine were hanged for the crime of sodomy after the situation on board got a little out of control:

While seabound sodomy was hardly unheard-of, the practitioners among the Africaine‘s crew had seemingly grown unusually (and dangerously) bold about practicing it without a modicum of concealment, “copulating in plain view like dogs.”

(4 men hanged at once for sodomy might not seem like a lot, but the British Royal Navy rarely had even one hanging per year for sodomy, so it was a notable number.)

• Most of the things people write into historical romances about cleanliness is pretty much bullshit (okay I know they are historicals not history but still) People bathed. And did not generally shit in the street.

• We owe much of what we know about early gay life to The Societies for the Reformation of Manners, groups of people who actively searched out and exposed homosexual and other “immoral” behaviors. They claim responsibility for the prosecution of 94,322 people! (no evidence exists to support this claim) These “reformers” were useful, however, since without those court records there would be little evidence of the thriving homosexual subculture of eighteenth century England:

The simple fact of the matter is that around 1700 there was a sudden formation of affiliated Societies for the Reformation of Manners and these Societies actively searched out and revealed and prosecuted homosexual behaviour; our knowledge of molly behaviour exactly parallels the activities of these Societies. (Incidentally, these Societies had a moral view for which the general public did not have much sympathy, and we should be careful to note that the Societies were a very specific and limited social movement, and cannot be taken as evidence for a “homophobic society” in general.) The “shift” is not a shift in homosexual role, but a shift in prosecution. We know hardly anything about homosexual subcultures before 1690 þ when the Societies for the Reformation of Manners were formed.   –source

• The “father of the US Military,” Baron Friedrich von Steuben, was known widely as a sodomite. Benjamin Franklin helped him escape persecution for sodomy and brought him to Valley Forge, where he was welcomed by George Washington. He went on to make huge improvements in the American military. He lived with his aides, Walker and North, in a home gifted to him by Washington, and never denied the sodomy charges.

Cool facts, right? I thought so. I read a LOT of diaries, newspapers, court transcripts, and eighteenth century fiction while working on this story. I thought these were some of the better ‘tidbits’ 🙂 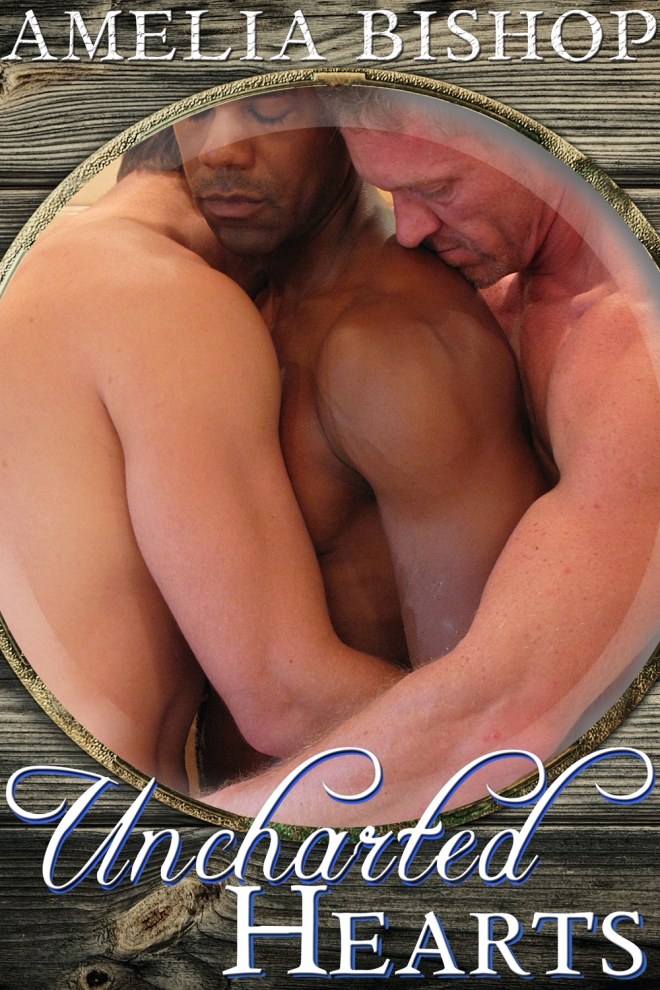 I learned so much while researching for this book, and though I will probably never write another historical again, it was a good experience. I learned that though we say “it gets better,” it might actually have gotten worse in many ways (the number of GLBT hate crimes and legal prosecutions NOW is much much higher per capita than it EVER has been in history) I learned that historical romances generally tell a very narrow (and often self-serving) “single story” of our history. I learned that there were awesome people of all genders and sexualities living in the eighteenth century, and that our puritanical predecessors were not as chaste or proper as we might have thought (seriously, read some court transcripts. It’s super enlightening.)

If you are interested in a book about three men in 1795 who fall in love, where their “gay-ness” is NOT the source of any drama, and the “taboo” of their relationship is not part of the eroticism, check out Uncharted Hearts ❤